Looking back on another record quarter and looking ahead with the trends fueling New York City’s growth. 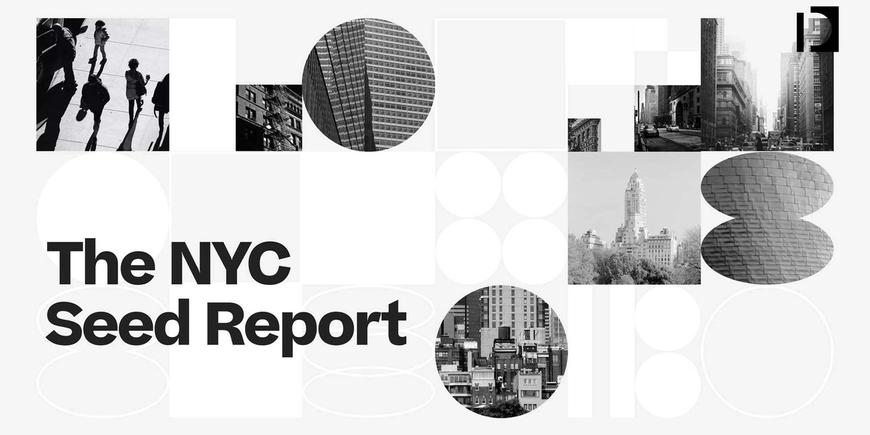 As 2021 came to a close, New York City’s startups really topped off the tear of fundraising we’ve seen most of the past year. In Q4, founders set new records for the highest-ever rate of early-stage deals and the highest total sum raised: 149 companies scooping up a total of $418.5 million.

This is a 15% increase compared to the record set just the previous quarter and a 116% increase compared to this time last year. Keep in mind that our analysis has traditionally pulled data for seed deals of up to $6 million; with early-stage rounds getting so much bigger, we’ll likely rethink that framework for 2022 reporting.

As far as the leading industries, we were somewhat surprised to see heavy representation for consumer brands and not at all surprised to see the ongoing dominance of fintech and SaaS. Web3 continues to establish a stronger presence here, with a 50% increase in seed deal volume compared to last quarter.

Interest in Web3 has continued to spike throughout Q4, and while we’re still in early innings of this next chapter of the internet, it’s clear that NYC will play a central role in this revolution. Plan on watching us track it. We’ve entered the rabbit hole. TassatPay, a blockchain platform that enables banks to provide their B2B customers with the ability to deliver real-time secure payments, has been on a rapid growth trajectory, raising $40 million and launching its Digital Interbank Network during Q4. Addressing a growing need of the digital economy, Zebec has built the first programmable cash flow protocol on Solana to enable real-time and continuous streams of payments and financial transactions for payroll, investments, and more. In a round led by Republic Capital, Shima Capital, and Breyer Capital, Zebec raised $6 million of seed funding. Bridgesplit, the first NFT financialization platform built on the Solana blockchain, raised $4.25 million in a round led by CoinFund and Jump Capital.

2021 saw a historic growth in collectibles as a whole, but especially for NFTs as the market size for digital collectibles reached an estimated $41 billion. No longer fringe and proven to have real use cases in categories beyond art, Steph Curry, Lil NasX, and a full list of celebrities have embraced the space. Companies like MomentoNFT, which raised $4 million from Cadenza Capital, Animoca Brands, and FTX have started to help celebs and creators utilize their content as an asset class. To better showcase what we own digitally, Gallery raised $2.7 million from Coopahtroopa, Dapper Labs, Galaxy Digital, and more to create a platform that pulls in all your NFTs into one visually immersive environment. On the infrastructure side, Bridgesplit raised $4.25 million to create a platform to enable NFT fractionalization, pooling, index funds, and collateralized lending to support more liquidity in the space as well.

Dev tools continue to garner significant interest from VCs, and New York is becoming a bigger hot spot for startup activity in this space. In the last quarter, there were several examples of startups that raised money for empowering software developers to work smarter and faster. The first is Constructor, which raised $1 million from Flybridge, NextView, and Soma Capital to build a tracking and collaboration tool for dev teams. Other examples include Coherence, which raised over $3 million from First Round, and Mycelial, which raised $3.8 million from Crane Venture Partners. All of these companies are fundamentally oriented around helping developers with day-to-day problems around building, monitoring, and shipping product together. Although the West Coast has historically been the hub for companies targeting this customer, we see New York as an emerging center for entrepreneurial activity in the dev ops and infrastructure spaces.

Building off of Q3, Q4 echoes the trend around community building but highlights the importance of verticalization. Social vertical networks have recently been gaining a ton of momentum, and one of the earliest companies to demonstrate their value is Strava. Strava built the first online ‘running club’ where athletes can share their own statistics and accomplishments. What Strava proved was individuals wouldn’t post this information on Facebook or Twitter due to their extremely fragmented natures, but they would post on a vertical social platform where users can empathize and relate to one another. Q4 confirms that there are a lot of opportunities to create micro communities that will have hyper engagement across their user base. For example, Kittch has created Twitch for cooking, where foodies can come together and watch live feeds of restaurant kitchens or cooking classes. The List has built a social commerce platform that allows professional sellers to build their own digital storefront and consumers to engage in personal ways via live streams and live chats. And lastly, OneRoof is trying to help apartment building mates connect in an easy and resourceful way! I can’t wait to see what else unfolds.

Primary’s quarterly Seed Reports are created with data from Crunchbase, PitchBook, and our own knowledge of deals. Were there deals we missed? Are you getting ready to do your own early-stage fundraise? Feel free to get in touch with one of the team members linked above.